With Valentines Day approaching I thought it was time to write about getting close.

I’m getting really close.
Really, really close to where I wished I was a year ago, and no, I’m not talking about sex.
2.2lbs away from my goal.
Last year, I was really overweight. No wait, scratch that, I was what you’d deem – morbidly obese. I hate thinking it, but it’s totally true. I always thought that morbidly obese people were 300lbs + but the truth is, you don’t need to break 300 to get into that category. I avoided the scale as much as I could. I wasn’t really exercising. I wasn’t really taking care of myself. I was sad and depressed from losing my mom. I ate for comfort and I wallowed in a darkness that kept me in bed for more hours a day that I care to indulge. I felt unattractive and uninteresting. I even hated that we lived in a townhouse as I couldn’t even walk from the basement to my bedroom without stopping to catch my breath. 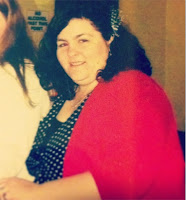 I went to my cousin’s wedding last spring and I thought I looked pretty that day. At least my husband had said so after I tried on three or for dresses and finally settling on one that was flowy and didn’t accentuate any of my curves. Shortly after coming home my dad sent me a picture of me and my sisters. I still thought I looked pretty good but looking back now it was quite a shock to see how big I had really gotten.
It was shortly after the wedding that I stepped on the scale and found myself at the highest weight I had ever seen. I went light headed realizing just how much my weight had spiraled out of control. I checked in at a whopping 290 lbs. The number scared the crap out of me and I walked out of the bathroom with tears in my eyes and told my husband that this was it. I was going to do something to change my life.
I started my journey alone. Oh sure lots of people told me how proud I was and that they wished me all the best in my journey. But still those people invited me out for fattening dinners in restaurants or to come visit with promises of snacks and desserts. My own husband, who swore to help me on the journey didn’t do anything in the first few months to change his diet and since he was the one who makes the majority of meals in our house, I found it harder and harder to portion myself.
The one place that I found really helped me, was joining a baseball team with some people from twitter. I hadn’t played in 9 years and as I mentioned, I was no longer as physically fit as I had once been. I was mortified to realize how slow I was running the bases but everyone still encouraged and cheered me on. I could still field relatively well and at least my reflexes hadn’t changed since I gained weight. I had to take out my baseball jersey so that I could fit into it as my boobs and tummy were so large that a man’s XXL wouldn’t fit over it. It was embarrassing  but I kept going out. I kept playing and working at it and was so proud to say that we ended up winning some games and by the end of the summer I could jog all the way to the back fence from home plate and not stop. It may not seem like much to most people, but to me it meant a lot.
Even with that, I was so happy when September had rolled around and I was down 10 pounds. I had more energy but I was at a stalemate in my weight loss. You all know what happened after seeing my doctor about fertility because I blogged about it and my husband began the journey with me. You all know how I struggled. The first two weeks I gained back 4 of the pounds I had lost. It was heartbreaking having to fight through but my husband and I found some great tools that both of us have been using and it’s amazing to think that we’ve made it to this point where I’m only 2.2lbs from the 30 lbs I set out to lose initially. Here are some of the tools we’ve been using. 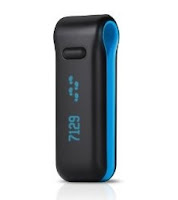 1. Fitbit – The fitbit is a tiny dohickey that tracks your steps, the stairs you take, how much energy you are burning, your sleep patterns and yes, the thing even tells time. I wear mine on my bra pretty much at all times or my pjs when not wearing a bra. It goes with me everywhere but the shower and the hubs is doing the same thing. What’s so nice about the fitbit is that it can sync with some other apps we are using and we can incorporate the calories we burn throughout the day to the amount of food we are eating so that if we burn more calories we can eat more food. Let’s face it, the main motivation for a fat girl is food and through what I’ve been doing and tracking, I can honestly say I’ve had a piece of chocolate nearly every day. And guess what? I’m still losing weight and I don’t feel the tiniest bit of guilt for it. Before you ask, my husband got the fitbit’s off of amazon and I don’t know how much they are or even where you can find them as it was an early birthday gift to me. But I do recommend looking into it so that you can incorporate it into your life.
2. Myfitnesspal – This app and website has a very large number of food options and restaurants included so that you can track what you are eating and burning. It syncs with the fitbit seamlessly as long as you sync your fitbit to your computer on a daily basis. This has been the biggest tool I believe next to the fitbit that has kept me on track and from eating copious amounts of food.
3. Runkeeper – I still really like Runkeeper even though I don’t really have mine synced with fitbit. I just like to track my distances when walking the dog. If you don’t have a fitbit, this is a great way to track your calorie burn as the app has your weight and dimensions and will tell you how much you really burn when doing any type of activity. You can use these numbers manually with myfitnesspal if you don’t have a fitbit and you’ll be happy with the results. I used mine at Christmastime when doing my Christmas shopping and was shocked to know that I walked 7km just shopping in one mall. These are all calories that you burn so don’t always think it has to be dedicated exercise.
4. Get a dog. I know, this doesn’t work for everyone. Maybe you are allergic or just hate dogs, but getting a dog is working for me. He needs walks. It means that he’ll be calmer and happier because he’s burned some energy. Oddly, our dog doesn’t like long walks, but he does love to play catch. I’m hoping to play baseball again so this has been really good for my throwing arm. 🙂 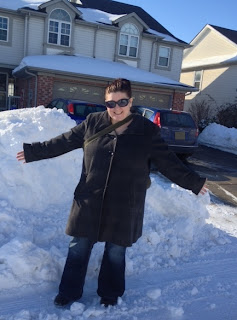 And pretty much that’s the secret to my success so far. Watching what I eat. Exercising and generally getting out there and off the couch. It helps that we haven’t really been watching much tv lately. I pretty much have been trying to catch The Bachelor and a few little snippits of the Young and the Restless. Everything else I could care less about. It’s been really good. I’m reading more. Laughing and loving more. I have more energy and stamina. And that’s how I came to be standing outside my house in front of a giant pile of snow that we helped shovel after a snowstorm. My coat is really loose and my giant double chin is only a small one. I have new jeans that fit and a big smile at how far my life has come in less than a year.

3 thoughts on “Getting Close, oh so close”