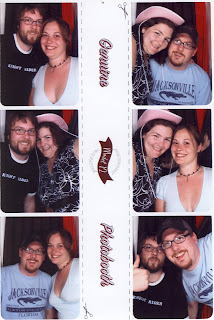 Already here we are 7 days into 2012 and I’ve been pretty busy. I’ve got an office area set up for me to let my mind run wild. In doing so, I’ve even gotten our new/used scanner working on the computer and have scanned a few images today to facebook. Oh what the hell, I’ll include one or two in this post.

I’m so excited to have my own office space. Our house has felt like a home but I’ve felt fairly stifled in having an area to call my own. Now that I’ve commandered the spare room, I feel better about things. Let’s face it, when we got this 3 bedroom house we were going to have a room for us, an office for James and a room for our babies. We’ve been here nearly 3 years and so far we’ve had less than a handful of people sleep in the room and it generally just sits empty without any action. Finally I decided, enough is enough. The baby thing isn’t happening so let’s make it something useful. I cannot tell you how good it feels having a sense of peace washing over me when I enter this room. It’s amazing what a little space of your own can do to lift your spirits.

I was inspired by the colour scheme in this room I found on pinterest. I know I don’t want to paint, but I’m pulling some of the blues into the room and will have pinches of hot pink and such. I think it’s going to look pretty good. The walls are white, my desk is white and now I’m on the hunt for a good office chair. I don’t want to spend an arm and a leg though. Even if I do hope to start using this room daily.

Why am I wanting to use the room daily?

Well I’m taking a course. Yes, a course. I signed up for a romance writing course through Conestoga College. It’s funny when I mention it to be people because I tend to gauge their reaction. Let’s face it, romance fiction is most people’s dirty little secret. Even though I’m excited about it, I’m worried how people will look at me. I tell them I’m taking a creative writing course, to which I generally get a good response and then I clarify and say it’s a romance writing course. I would say 90% of the people think it’s great. Some have even told me that they are jealous because it’s something they’d love to do and then there are the other 10% that tell me they can’t understand it. Of course those people also don’t understand writing and have never felt the passion that is involved in creating something you enjoy.

In cleaning my office I found some poems and essays and stories I had written years before – long before James. It isn’t that I haven’t written since meeting James, but I find since I’ve been with him my writing is more introspective rather than imaginative. I’m hoping this course helps me get back to my creativity.

In other news, I have decided to take up the challenge for #26in2012. If you don’t remember, I did the #26in2011 challenge last year. The challenge has been taken up by people as a somewhat goal to read 26 books of your choosing in a given year. That’s a book every two weeks. Some of my friends started out strong, some lost count and others just reached their goal. As far as I can tell, I was the only one to really blow out it out of the water with the high number I had. To see how much I read, go to my previous blog post: http://quirkycori.blogspot.com/2012/01/recap-of-26in2011.html

To keep me honest, I’m going to keep track of all the books in the sidebar of the blog. I know it doesn’t really matter, but at least it holds me accountable to the record.

And so, with that you are basically caught up in my life. Now my pretties, leave a comment and tell me what’s going on in your life? I’d love to hear from you. 🙂

(In case you are wondering about the picture in this post, it was taken at a photobooth back in 2007 with my then fiancee James, my old roommate Bridgit who I call my lil’ sis, and her friend Wayne – good times were had that day for sure.)