I was born and raised in Cambridge. Not Massachussets – Cambridge, Ontario, Canada.

I am the youngest of four children. The baby of the family I was always viewed as spoiled. My brothers and sisters all adored me with my big eyes and curly hair. Don’t believe me? check out these pictures of me when I was little and try to tell me that I wasn’t cute! 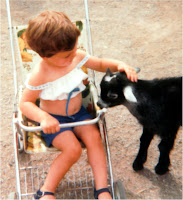 Grade school took me to Manchester Public School. I didn’t know it at the time, but this school is considered as an innercity school – as there are a large number of children living below the poverty line. I never thought we lived that way though. My life was rich with love from family and friends and neighbours. Even with 6 kids in the house we never felt that we were left without. My parents got us what they could and we were happy with anything we got. Christmas was always filled with individually wrapped pairs of socks under the tree and lots of dinky cars in our stocking. a tradition that continues today.

Junior High took me to Lincoln Avenue Senior Public School. This is where I tried to transition from the cocky little tomboy into a pretty young woman. (At least I hope I looked pretty.) This was the first time I tried to use my real name instead of my nickname (Cory) and it was great to have a chance at a new group of friends and activities.

Taking off to high school I was finally able to break free of the tomboy image. Corina had grown up and was ready to have fun. I started out shy but then grew into myself over the years. Even with all the drama of being in high school, I was so glad that I went and for (most of) the choices I made. High school can be tough but I made some really fantastic friends!

Through the years, my writing became something that people really appreciated. My parents (and everyone) for that matter convinced me to take Journalism in college so that I could keep writing and somehow get paid for it. That was fun – it really was but the core programs were no where my strength laid. I did very well in the publishing side of things and I discovered that I loved laying out pages and doing advertising. That was why it was funny that my first job out of school was as a reporter/photographer – and then later worked as a portrait photographer for 7 years. (I still love taking pictures now!) 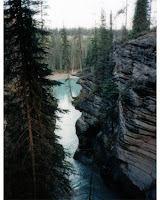 After college and working for a couple years, I did some searching for myself and decided to up and take off to the small town of Jasper, Alberta, Canada. By moving to the mountains I was able to find myself again. Find that little kid that could laugh and play and just be myself. I ate what I wanted, did what I wanted and was friends with anyone that I wanted to be. It felt so good to build a second family in a place where I didn’t know anyone.

After coming home, we, meaning me and my parents, as my brothers and sisters all flew the coup years earlier by marrying their high school sweethearts and having children and all that, moved to the village of Clyde. It isn’t on many maps – as the mailing address is Cambridge and occasionally we get a “try station Galt.” Only those oldschoolers would understand what the heck that would mean. Maybe I’ll try and explain it sometime. Maybe not.

Our house in Clyde is/was awesome. Had a basement appartment so I could finally have some breathing room and some space. I decorated it with things that I loved – mostly pictures of family, friends and places that I have been. It was cozy and warm, despite being in a cold basement with completely white walls. It’s funny that now that we are back here again it feels cozy again…

While living in Clyde I met the man of my dreams. I had spent some time thinking about my ideal guy – and I found him with much help from Bridgit and the internet. Bridgit was a girl I met in Jasper and became my

roommate. We only lived together for a few months but she and I instantly clicked and we became more than just friends – we are sisters in the best sense of the word. Anyhow – she was on a website called “Emode” taking personality tests and convinced me to try. Soon enough she was using the matchmaking part of the site to meet people. She lived in an even more remote area after Jasper so it was a crazy thing to me that she could meet people like that. I joined up – was incredibly picky for six months and that’s when the fated day came – I saw the fourth profile that interested me (out of probably 200) and said “Yes.” Instantly it popped up and said “You have a mutual match.”

James had already picked me by saying “yes” and before you knew it we were inseperable. My love for him pulled me to live in Paris and we lived there for two years before opting to come back to the Cambridge area. Okay before I go further – note that Paris is actu 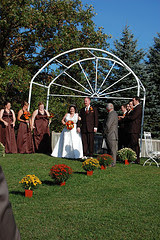 ally Paris, Ontario, Canada – and not in France. 3 1/2 years after we started dating – he proposed and 10 months later we were married. That was just this past September and it was a wonderful gorgeous day – one that I will fill you in on at a later date!

Somehow, everything has come full circle though – as the landlord that owned the house we lived in decided to sell it, and we moved out three weeks after the wedding back to the place in Clyde. Now our dreams include getting out of debt, buying a house and just enjoying life until it’s time for those little babies that we both admit that we would like to have.

With a new job starting on Monday in a different career – I hope that I can build and grow on my past experience and hopefully have a successful career. I’ve already worked as a Customer Service Specialist, A journalist/part time editor, a photographer, studio manager, district manager, regional training manager, I’ve been a Career Facilitator and Customer Service Manager. So many changes, so many choices.

I am a lucky woman. I have many around that I love and that love me back. I have a great family and friends and I hope to have a very happy future.