I’m going to a tea party today for my neice 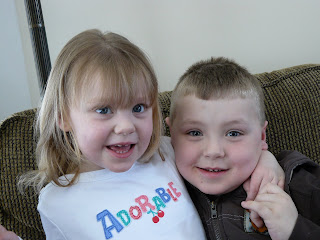 Victoria who is turning 4. She has in the past six months become absolutely obsessed with princesses. She was before, but it was nothing until she went to Disney over March break and got made over to be Cinderella. Ever since then she goes around saying “bippity boppity boo” with hopes that she, or other people she knows, will turn into princesses.

For her birthday she decided she wanted to have a tea party – “just for girls – no boys allowed” she said. We all laughed and have been 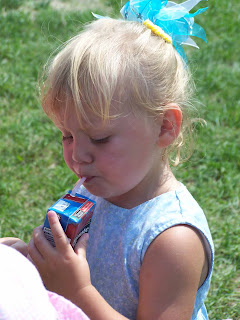 talking about it ever since. When do you get to dress fancy and wear big brimmed hats for a tea party? It’s not the olden golden days where this is the norm. This party is going to be very special.

What we didn’t know when she decided about the tea party, was that she didnt’ want just any tea party – she wanted a princess tea party. She wants everyone to dress in costumes and come as a character of her choice. The girls with darker hair get to be Belle from Beauty and the Beast or Snow White, and the blonde girls are Cinderella or Sleeping Beauty. My niece Brittanie is going to be Tinkerbell – as Victoria was running out of characters. My sister’s best friend Lisa is going to come as Jasmine and I’m dying to see what she could come up with.

Yet when Victoria looked at me, she really didn’t know which princess to pick. I said “Should I be a fairy godmother then?” Emphatically she said “Yes!” but then was scolded because she already had 3 of them 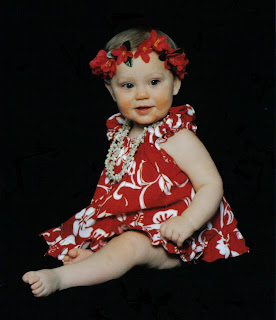 . I took to shopping to see what or rather, who – I could be.

I found a great outfit to be Mulan or to be Lilo from Lilo and Stich – but both just didn’t fit right. Finally I found two long skirts that would be great. One is brown and would be great to be an African princess. But as they havent’ made a movie about that yet – or at least one that didn’t involve Lions as the main characters – Victoria just wouldn’t let it fly. The other skirt I found was this gorgeous silky aqua colour. the way it flows is reminiscent of water so of course I’d be a mermaid. As soon as Victoria saw the skirt she said “YOU CAN BE ARIEL!”

And so she decided – but I still may go African. Either way, it’s amazing that a little princess like our Victoria is finally 4. Hard to believe that she’s grown from the little cutie in this Hawaiian outfit, to a strong, confident little lady in a few short years. Man, I really do love that kid!