My friend Dan just pulled off the biggest surprise in the world. Last year – let’s be more specific – last spring, he talked to James and I about how he’s got this great plan. 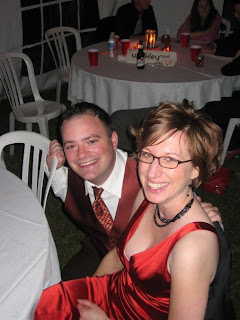 “Sandra is the one.”

And thus started the biggest secret I’ve EVER had to keep.

Here’s some back story on Dan – he’s a really good ideas man. Has lots of ideas and is willing to share. He’s very creative, personable and energetic (when he wants to be.) When Dan sets his mind to do something, he does it. Case in point, he thinks about moving out on his own, and a few weeks later he’s already moving into an apartment. He thinks about going after a new client and there he is going after it.

He was always intrigued that James and I met online and decided to try his hand as well. He met a few people but none held his interest until Sandra came along. It all started on Plenty of Fish. He saw her profile, she saw his and before you knew it, there was magic. He couldn’t take his eyes off her and they would laugh and talk with ease. It was easy for the rest of us to see that this was more than just a girl he was dating.

I think what I liked about her was that she was willing to talk to me and look me in the eye. She wasn’t afraid to have a conversation. Maybe it’s because she talks when she’s nervous, but I liked that about her. She was sweet and caring – had a career and her own life. Dan could finally be with someone that didn’t really need him to be his everything. They could instead be everything together.

I admired Sandra for her morals and conviction. It would be so easy for her to have just moved in with him – but no – she wouldn’t. No living together before getting engaged or married, she said. And they did it. He’s had his place, and she’s had hers. When she moved to Burlington, I thought for sure he’d convince her it was time to live together – but instead he got a place for himself in the same town. His friends became her friends, her friends became his and slowly they got closer.

Over the past year I have forced it to the back of my mind when they’ve been around. I’ve talked about other things and tried not to let it slip. I somehow succeeded!

Dan and I were able to talk about things when he was ring shopping, and just the excitement in his voice and words showed that he was really happy he made this decision. After all – it’s about committing to a person that you love.

Now how Dan was planning on asking was the real test.

As mentioned – he’s been planning for a year. That’s a long time to work out a scheme. First came asking her work for the time off. They loved the intrigue of it and were all for it. The plan was for her to go into work and find a box. Inside the box is a note “You have such and such amount of time – get to the airport.” Initially he wanted to fly in advance of her to set up the proposal in Miami, but I think that plan was changed after he flew with her for the first time recently to Maryland. 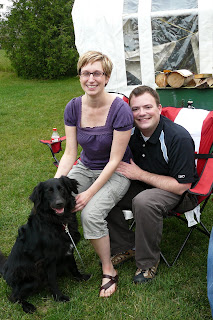 They were flying out to Miami Beach into a gorgeous hotel that caters to the stars and the filthy rich. This was where I told Dan that he had to make it happen. Dan’s been working with them for months to set the stage just the way he dreamed it would be. They’ve been very accommodating with him too.

And I kept it a secret! But the secrets out!!!!

From all the way down in sunny Florida – Dan proposed to Sandra – she said yes and they have now set sail on their cruise. I am so happy for them both!!!!

All the best to the happy couple – as I’m sure the wedding will be just as special as the engagement!