So I stumbled upon an interesting site that has had me occupied for probably at least an hour. It’s themoviebox.net and it features all the latest previews for movies that are new or have recently come out. It’s awesome!

James and I disagree constantly with rented flicks as I love the previews and he’d prefer to skip right past them and go straight to the big show. I don’t know if it’s my love of commercials and advertising, or the excitement of finding out something new, but I love watching these tiny little movie tidbits. And this is why the website is so great.

So far, I’ve discovered a few gems that I’d like to see and a few that are a big no go for my movie books.
Ones I’d like to see:
Angels and Demons – love Tom Hank, loved the Da Vinci Code book and have hopes for this new one. Also I really enjoy anything that looks 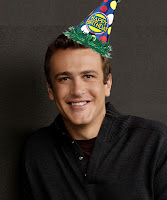 deeper into the secret aspects of religion as I find it very fascinating.
The Proposal – More and more I love Ryan Reynolds and the opportunity to see Sandra Bullock as a woman in power intrigues me. It’ll be really interesting to watch this one
I Love You Man – Who doesn’t love these two things – Paul Rudd and bromances. I mean really. This movie looks really funny and completely something up my alley.
Seven Pounds – there is something so deep about this movie that intrigues me. I want to know the story. I want to find out what inspired him to give away so much. I want to know why there is a look in Will Smith’s eyes as he talks to people that is so sad. I just want to see it.
Marley and Me – more for my sister and her family than anything, the dog in this movie reminds me so much of my “nephew” Dexter that is a yellow lab, I have to find out what happens and if Marley ever calms down. For my sister’s family I hope she does!
The Ugly Truth and He’s Just Not That Into You – both look great, both star awesome people. I definately don’t want to miss these movies.
Adventureland – Bill Hader and Ryan Reynolds in the same movie? Of course I want to see it!
New In Town – Renee Zellwegger has been awesome in books since Empire Records but this one looks creative and interesting and funny
Milk – Sean Penn’s performance is amazing. I can tell by the trailer that it’s one not to miss. I’d really like to see this one.

I’d Prefer to Rent:
The Reader – it seems like an interesting premise, but as much as I love Kate Winslet, I’m just not sure if it’s exactly what I’d want to see in the theatres. I would probably enjoy seeing it at home where I can sit and ponder about things on my own turf.
The Wrestler – the story looks okay and Mickey Rourke has really gone through a transformation for the role, but I’m just not sure it’s something I’d seek out. However – my hubby wants to see it, so we’ll probably go.
Revolutionary Road – I like that they try to look at the opposite side to suburbia from the people stuck living in suburbia but I’m uncertain if it’s something I’d want to watch. I’ll leave it as an option but not something I’m going to be rushing to see
Frost/Nixon – not a bad cast, but not completely sold. We’ll probably see it as we like political stuff, but it won’t be something to actively seek out I don’t think.
Race to Witch Mountain – starring The Rock and two kids that are to be aliens. So much was given away in the trailer that I fear you won’t be missing much by not seeing the movie. But it’s a good story and the graphics look okay. Still a rental I believe.
Duplicity – This probably would be on top as it’s a

quirky story, but James isn’t so into Julia Roberts so I tend to make her a rental kind of actress. I can live with it.
Nothing But the Truth – being a journalism grad, I find the right to the press to protect sources an important one. I think this story is interesting and a very possible true outcome of what could happen.
Confessions of a Shopoholic – if I had friends willing to go to the theatre I would, but with my little obsession with shiny things, I’m sure I’ll watch this at home.

Ones I’d like to miss:
Obsessed – two words that shouldn’t go together – Beyonce and Thriller. Enough said.
X-Men Origins: Wolverine – probably because I’m not a fan of this group of characters. Just can’t get into it for some reason.
The Day the Earth Stood Still – I think what cemented it was the line “If the earth dies you die. If you die the earth lives.” I mean seriously – what’s up with that?
Push – the movie to me looks really poorly put together. A group of young people (kids to young adults) have special powers and the government wants to turn them into military machines. A premise that’s been done before on television and looked better than this trailer. Poor Dakota Fanning, still just a kid.
Doubt – Meryl Streep is a brilliant actress, but I don’t think even she could pull this story and make it great. The movie looks drab to me.
Adoration – After seeing the trailer, I feel confused and unsure I want to take the time to look into it more. Is that wrong?