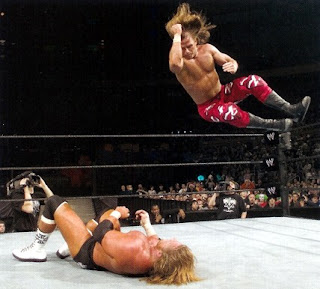 morning hours can tell that I haven’t been sleeping well lately. I look like shit!

Every morning I wake up with this tremendous pain in my back – it’s almost crippling and it makes it difficult to even get off the bed. I keep looking at my back to see what it is.

I’ve tried flipping the bed, then I turning the mattress around. I tried to convince someone, anyone really, to get me a bedframe for Christmas just so I can get the bed off the floor and somehow make this better.

I feared heart attack, but then realized that my chest was fine, and so was the rest of me. Just what could be the culprit?

The other night I woke up with severe pain at about 4am. Okay, maybe that’s considered morning – but it was still dark and I should have been sleeping. The pain was unbearable. I trudged over to the bathroom to take some sort of drugs. I opened the medicine chest and was ecstatic to make out the familiar bottle of Aleve. Aleve, for those that live in Canada and have never tried good American drugs, is like the super version of tylenol or aspirin. It’s smooth and goes down fast – and works even faster. It’s awesome and when we went on our honeymoon I made sure to pick up a bottle of this wonder drug. I popped one in, took a swig of water and went back to bed.

I thought it was going to get better, but the back still hurt so I lay down a little higher and with my back propped on pillows.

It was at this time that my loving, dear, cuddly husband rolled over into me for a little snuggle. It was the most painful experience!!! The way he put his arm tucked up near his chin was so cute, but looking down I could see his knife-like elbow digging into my side. It was so painful that I immediately grabbed his arm and rolled him to the other side of the bed.

Knowing that this would continue, and knowing that I needed sleep, I retreated to the livingroom where I hoped the drugs would kick in and I could sleep. It didn’t work and I was pretty grumpy by the time I needed to get moving for work.

That night – I decided that I was going to try an experiment. I had told James about the elbow experience that morning. He’s been worried about my back as much as I have, so anything we could do he was willing to work with me.

I slept on the couch. Normally couches aren’t comfortable, but I slept all night – no pain – no waking up in the middle of it. I woke up in the morning like a new person. It was GLORIOUS. Now, I somehow have to convince him to wear elbow pads to bed and then we can sleep together all the time!