I’m sitting in my room watching the Bachelor. I thought it’d be fun to share my thoughts as the show progresses. 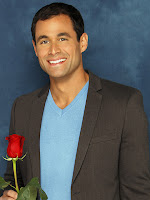 She’s 25 – cute as a button, from Dallas and really likes kids. There’s been something about her energy and enthusiasm and the way she’s put herself out there right from the beginning. I’ve been rooting for her from day one. (She’s the one in the red)

This episode started off with the meeting of Ty – Jason(the bachelor)’s son. He’s a cutie patootie and really has a lot of enthusiasm. He’s very much like his Dad and a very key ingredient in who Jason is going to pick.

Melissa met Ty and they were telling jokes and talking and it wasn’t like she was talking down to him. She was talking to him and with him and they really got along. It was really sweet to see. And then we she met the family I think they also got caught up in the way that Melissa looks at Jason and the sparkle in Jason’s eye as he talked about her. I’m going to be shocked if I’m wrong about the prediction. 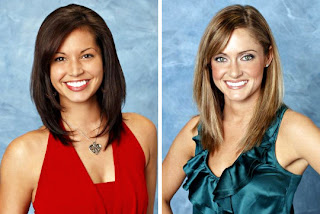 Then again – Melissa did the ultimate no-no on this show. Well, she didn’t – but her parents did. When they get down to the bottom four girls they are supposed to introduce the Bachelor to the parents. Many parents are really tough, some are goofy and others have gone so far as to ignore the guy in their house. Melissa’s parents decided to not meet him.They didn’t want to be on tv. They wanted it to be a private meeting where they can truly talk about things. I have to say that I respect that.

Now here comes Molly. (in green) She’s cute too – but to me, seems a little immature. She’s currently walking down the beach to meet Ty and her voice cracked when she talked about meeting him. She was really nervous. As Jason just said “Molly’s never been around kids that much.” So things have warmed up, but I do feel that Jason has been prodding Molly and walking her along and trying to get her and Ty to warm up to each other. I’m still not sold that she’s the best woman for him.

That’s what I hate about these shows. No matter how much you think that someone’s awesome and how you think that you can see the chemistry – you aren’t the one who gets to make the decision.

Okay – show’s back on and the family is grilling Molly. When she’s nervous and people are asking her questions, I’ve noticed that her eyebrows go up. It’s like “Trust me see, my eyebrows are up, you have to believe me.” Maybe that’s what it is about her that I haven’t really liked.

So they are saying that Molly is more career oriented. I think that they are having a harder time with her than with Melissa. It’s tough for him to choose but is Molly in it to win it, or is she really in it to love him and have him beyond this show. ooh they just said the best thing “Is she the right piece of the puzzle?”

With tears in his eyes he told his mother “I said from early on that I can not let Molly go and then I’d say I will never let Melissa go.”

The whole family sees how torn he is, but it was nice to have his brother there to say “She has the spark in her eyes that I’ve seen with you when you have those feelings for people you love.” He totally had a sparkle in his eyes with Melissa and not so much with Molly. I have to wonder if it’s an attraction or a longer term thing.

Uh oh – Diana the last bachelor came on the show. She actually dumped Jason as he proposed to her and she’s the one that made him leery to try again.

Shows back – Melissa has called her mother and told her that she told Jason she loves him. “This whole thing is so much bigger than I thought it would be.” She’s in love with him and it shows. She’s trying to get her parents to talk to him on the phone. She’s in tears about the whole thing. I hope that they listened to her.

Now they are taking this crazy boat tour. It was supposed to be beautiful but instead the rain is pouring down. They decided to jump off the boat and go swimming. That’s hilarious! The water is freezing…. Lol! See he can’t do crazy crap like that with Molly!

Wow – her parents want to talk to him. That’s huge. I hope that it goes well and I hope he asks them if he can marry their daughter! Again – Melissa is fantastic and I really hope that they end up together. But there are two different After the Rose Ceremony shows tonight. What’s that all about? I mean – two after shows? Something huge must happen tonight. So not good. I hope he picks well….

So now Molly gets her date and she’s crazy for him. She wants to be with him. I can see that. She made a book that has all the stuff about how they got together. It’s very cute. Almost wish I could’ve done that for James!

I’m agonizing now as it really could go either way. I’ve always found with this show that my favourite is usually passed by. It’s probably for the better in their case but still. Guess this is the chance you take when you join reality tv!